Being the Children of God 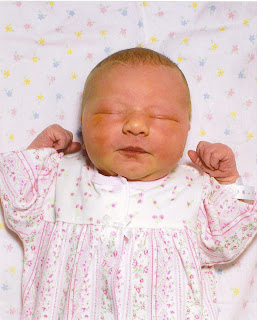 (The Story of Creation)
I want you to envision the human race as a single human being.
A tiny infant crawling among the soft grasses of a well nourished garden.
A well loved, well protected infant, laughing with the birds as they sing; with snakes and snails and lions tails for toys.
She learned how to walk among the poppies and how to run in the weeds.
And life was pretty good, before she made the choice she was told not to take;
before she choose to go where she was bade not to go.
And taking that false step which moved her out of the safety and security provided for her there in the garden.
She moved from safe and secure, to alone and afraid, working hard for all her days.
As this child grew and continued to pull away from the love and the embrace of the one who loves her.
She was placed under the care of a governess, one who can teach, lead and guide this young one as she grows.
The rules are firm and the consequences are harsh,
but there is love in the discipline. There is reassurance in the consequences.
The governess, the rules, the discipline all placed there for her good,
to shape and mold her and draw her back to the one by whom she is most loved.
And then when she was ready and it was the right time,
she was released from her governess, set free from the disciplinarian and showed to her beloved.
She walked with him and spoke with him and learned of his love for her but he could not stay.
She was not yet ready, it was not yet time for them to begin their life together so he left and promised to return
Return when she was old enough; return when the time was right
and then look love into her eyes,
shake his head adoringly at the firelight of her smile,
rejoice in the roses on her cheeks,
brush her radiant hair back from her face
and he would take her by the hand to lead her into the great wedding feast of the ages.
For this she was created,
for this day she was born and all eternity sings a song which echoes forward and backward through the ages;
All things singing this one song, which is found in every brook
and on the beak of every bird,
felt in each breeze rippling through every blade of grass;
This one song, forever sung at this one moment rejoicing.
All things of beauty being but a foretaste and afterglow of this one event
The wedding feast of the Lord, the great day of rejoicing, to which all of creation arrives ready to bless, this much anticipated bride,
finally come to full bloom, finally come, finally wed, finally the Lord and his Bride will be one.
This is the story of creation.
This is the story of the Church,
this is OUR story told and retold a hundred times
but always barreling forward to this one event when all things are set right and glory will shine, the sun will sing and fullness and completion will be found in all things.
When the bridegroom of all creation ushers his bride into his home and gives to her all that has always and will always belong to her.
- Kazimiera Fraley June 19, 2010